On the Stupidity of Groups

On the Stupidity of Groups 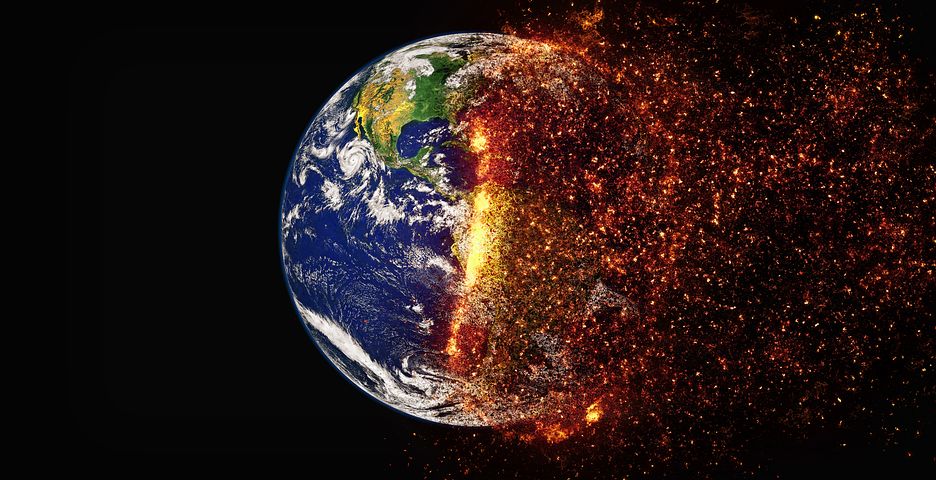 One of the beneficial things the MetaNet promises to humanity is to indeed make us smarter. There is a very famous quote that individuals are intelligent, but society is dumb. In fact, put more than 12 people into a group, and the average intelligence of the group is lowered. This is due not only due to mathematical averaging at work, but also because if you put enough people in a room, they soon lose any focus of purpose, personal agendas and politics play a larger and larger influence, and introverted people tend to stay quiet due to fear of ridicule while the extroverts tend to take over the discussion, whether warranted by their skill or otherwise.

We spoke briefly in the last article about how this effect can be exploited in any capacity or topic, especially in areas where we rely on subject matter experts in the field to advise us on what the correct course of action should be for the greater good.

The issue is that experts may be incentivized to collude in a way that would benefit the lot of them. Experts are people, and people will generally act in their own interests first before one of the greater good.

This sort of behaviour is less pronounced when it is just one expert’s voice. This is because normally, when there are a only a few authors putting their names on a statement or report, then the potential reputational damage to them if they are proven wrong is far too high a cost to pay.

However, when there are many other peers upon which any potential blame could fall then it is far more likely for scientists and experts to risk a wager and make more bold statements and assumptions. What’s worse is that, when you have a bunch of experts all saying similar things, then the perceived veracity of those statements is further increased.

This is furthermore exacerbated by the “telephone effect”, that is, when any given partially dubious claim or research paper is further cited by others, they generally embellish and posit new corollaries based on the original conclusions. When you repeat this cycle many times over, all with overarching political agendas at work and monies in play, you will always get the same result.

That result is a public opinion shaped and confused to the point that falsehoods can be made true, because everyone who possesses any analytical ability has been dumbfounded by over-saturation of information, and thus defers to the wisdom of groups of experts. The issues then form fewer of the actual arguments at hand, but one of “how many experts agree on this particular statement”? It becomes “Truth by Consensus”.

When this happens we have lost any notion of analytical or scientific rigour. We shall focus the problem here, which is one of a range of socio-political psychological techniques used against the masses of the public, which we have seen applied time and time again in human history. It was applied to greatest effect in Nazi Germany, and more recently in the whole anthropogenic climate change (ACC) debate.

Without going into the debate ourselves (as that is far too charged a topic to discuss here in the format of blog) I wish to explain to you how the MetaNet could help in alleviating these situations of public deception in the future.

The primary issue, as we mentioned, is that when individuals join a group or crowd, they give up their individuality and in turn a modicum of their morality. This is because, as part of a group, they are less accountable for their actions than they would be if they were acting on their own. This has been shown scientifically to great effect by the Milgram experiments in the 1960s where people were shown to be capable of doing violent and immoral things (including potentially killing) as long as they were being told to do so by someone in an authoritative role.

What the MetaNet promises is to be an immutable record and time-stamp, tied to an authoritative ID system, coupled with an immutable store of data, for say scientific publications, notes and statements.

Basically it is a digital notary and archive in one, without any need for central administration. However when called upon, anyone could point to the records as a proof of someone’s statements, papers, assumptions, and endorsements, so that they would not be able to escape accountability in the future for past deeds.

On the surface, this could revolutionise the way patents and other creative copyrights and works are recorded and enforced, but in the scope of just helping the general public to “sort out the noise” by scientists and experts who may be incentivised to collude, nothing could be more powerful than a ledger and record that can be tied back to each author and their works.

How Arguments in the BitCoin and Climate Change Debates Changed

In the case of BitCoin itself, it is well documented now how in previous years (2012-2018) many have argued that the value of BitCoin is based only on the ability of the system to remain decentralized. But the definition of “decentralized” had been deliberately left unclear, so as to allow experts in the craft or inside circles of invested companies to be able to define it in whichever way would benefit them the most.

This has led to several fractures of the original BitCoin project into different factions believing in different assumed ideals of the project. In the case of ACC, an entire industry has been created with the sole mission of creating solutions to the problem of climate change, while political lobbyists wield it as a weapon against the established incumbents in the industry and also as a justification for favouring other companies that would stand to gain.

To think this massive industry, parasitic economy, political movement, and world zeitgeist, all started from a set of calculations which did not account for the sun in its temperature predictive models (choosing only to model how CO2 affects temperature changes in isolation). Whether or not the model were correct, is beyond the scope of this article, but ask yourself, whatever your stance on ACC is, I challenge you to enumerate all the facts upon which that belief is based upon. When you are done, go over the list and cross out every one that refers to expert consensus demographics (crowd consensus), indirect consequences (renewable energy is a good thing and a worthy pursuit on its own), and you will likely be left with very few. Those remaining arguments will be likely data related, at which point we will be able to finally have a meaningful debate, as experts can then argue the validity of datasets and models.

However, the fact that we as a society in this day and age are so vulnerable to the “wisdom of a group of experts”, means we owe it to ourselves to have all of them stand accountable for their statements and assertions — as well as those politicians, pundits, and private sector sponsors which endorse them.

That way, I believe, will produce a more honest society. We are human, we are bound to be wrong sometimes… nay, most of the time. But if we knew we would be putting our names behind everything we say and do, on a public record for all to see, then I think we would be less likely to be frivolous with our statements, and would err on the side of conservatism instead of sensationalism.

We would be less privy to private interest agendas, and those who would seek to shape public opinion for gain. To quote Agent K from Men in Black: “A person is smart. People are dumb, panicky dangerous animals and you know it.”