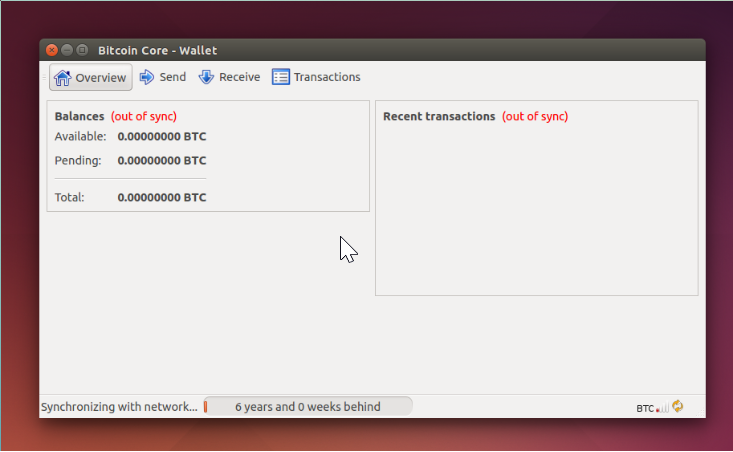 In the Bitcoin whitepaper, ‘nodes’ are clearly defined as miners by the creator, Satoshi Nakamoto. Yet, we have many users of the network continue to use this software in order to support their services whether they be social media platforms, block explorers or wallets.

To highlight the distinction between the original intended purpose of this software and what some are using it for, I assert that the ‘node’ software is actually ‘mining’ software.

In the recent stress test after the Quasar upgrade that enabled miners to increase their default block size cap anywhere from 256MB to 2GB, we saw various services go down (yet again) because they were running the Bitcoin mining software.

Twetch was down, Money Button was down, several block explorers were down and worst of all, wallets were down. To the regular users of the network, this creates what is colloquially known as ‘FUD’ (fear, uncertainty, and doubt) and it is justified.

During the stress test, a relatively new user of Bitcoin was complaining on Twitter because he was not able to use his funds. This is unacceptable under any circumstance where a customer is using a service. The user stated that this was a ‘BSV’ issue and while that is not true, this service being down caused the FUD.

When services break this appears extremely unprofessional to its users and will turn away any potential new users to the system. Users want to participate in networks that function and not be locked out of the system just because of other users are simply using the system in a way these other services are not prepared for.

Fortunately, this situation is making people realize that they need to upgrade their software to handle big blocks and high transaction volume. However, this is equivalent to kicking the can down the road. As the network continues to scale the only ones who will be able to run the mining software are the ones running data centers, as Satoshi Nakamoto stated early on.

Those in the Bitcoin (SV) space like to make fun of the Bitcoin Core mentality that everyone needs to run the mining software. I argue that this mentality is still prevalent by service providers in BSV, while not realizing it is the same mentality as the Core user running mining software in his basement to ‘secure’ the network.

Satoshi wrote this comment in 2010 yet nearly 10 years later people still are not getting it.

If people balk at such low requirements for a test network imagine the high barrier to entry to keep up as Bitcoin continues to scale.

To scale the network we do not just need miners to support big blocks and high transaction volumes, but we need services to support them as well. They will not support them by scaling with the miners but by avoiding the problem completely. We need professional APIs with service level agreements (SLAs) that do not go down arbitrarily with no (or poor) communication.

When listening to Craig Wright doing interviews, he seems to randomly blurt out ‘this why everyone doesn’t need to run a node’. Now I understand why.

On a more positive note, we have seen tools developed in recent months that are taking away the excuse that businesses need to run mining software.

_unwriter’s Bitbus and Eventchain are applications that only fetch filtered transactions from the blockchain into files or a simple text file.

Notice _unwriter’s rhetoric about not needing to run the mining software. The key piece to realize here is that if a provider was using one of these tools they would have been completely unaffected by large transaction volumes. They would have only been receiving the transactions they are interested in, immune to the whims of other users uploading music videos onto the network.

Not only would the service continue to run, but also their cost would be minimal. Imagine synchronizing only the transactions you are interested into a text file, the overhead for this would be extremely light and cheap.

Etched.page provides a service where users can upload any web page to the blockchain.

Apparently, their custom software is capable of running on a server that costs ~$3 a month to support the functionality.

Being equipped to handle or ignore big blocks is not the only piece of the solution. The remaining missing pieces are professional grade APIs we can broadcast transactions to. This will be and should be a paid service.

If it is not, then the users cannot hold that provider accountable in case they go down on a whim are not able to scale properly. This will likely be a miner, or a business with significant, owned infrastructure – not running in AWS.

This is an opportunity for businesses starting up, as you can provide the same service others provide today but at a much lower cost. Assuming your revenue stays the same, profit margins will soar. This also decreases the barrier to entry for newcomers to get involved and start earning money.

With MetaNet starting to be developed, we want as many users as possible to be able to build. Precluding new merchants from coming in by telling them they need to run expensive, difficult mining software is anti-Bitcoin.

With tools developed to solve this, and services trailblazing the way demonstrating that it is possible to scale by avoiding the problem completely, we can encourage businesses to build their solutions on Bitcoin.